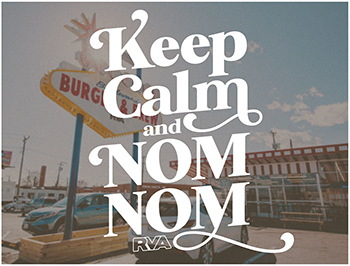 On Tuesday, Gov. Ralph Northam issued a statewide mandate for restaurants to “significantly reduce their capacity to 10 patrons, or close,” leaving some restaurants few choices in how to operate. Hundreds of restaurants across Richmond have reportedly closed their dining rooms, some have shut down for good, and many restaurant employees were laid off this week.

“Friday afternoon we realized restaurants were going to be in a really bad way soon, so decided to bust out a site over the weekend to draw attention to their need,” says Dustin Artz, creative director and co-founder of the firm, which is based in Richmond’s Scott’s Addition neighborhood. “We think most Richmonders cherish the food scene and would be willing to buy a gift card up front and dine later for the good of their community. … We’ve had tremendous — and sometimes heartbreaking — responses from local places that want to be added to the site.”

Unlike other governors in some other states like Maryland and New York, Northam was reluctant to order mandatory closures of restaurants in Virginia due to concerns about the economic impact on the restaurants as well as the patrons who rely on them regularly for food.

“Over 45% of Virginians get their meals in restaurants so I think we need to be very careful, very prudent” about ordering closures, Northam said Tuesday. “We know people need to eat and … need adequate nutrition. We’re encouraging 10 or less people to be in a confined space. In the meantime, if restaurants [routinely] exceed that, they will use carryout.”