Hampden-Sydney Opts for Magazine Instead of Viewbook

The college believes students will read short articles with attitude and humor. 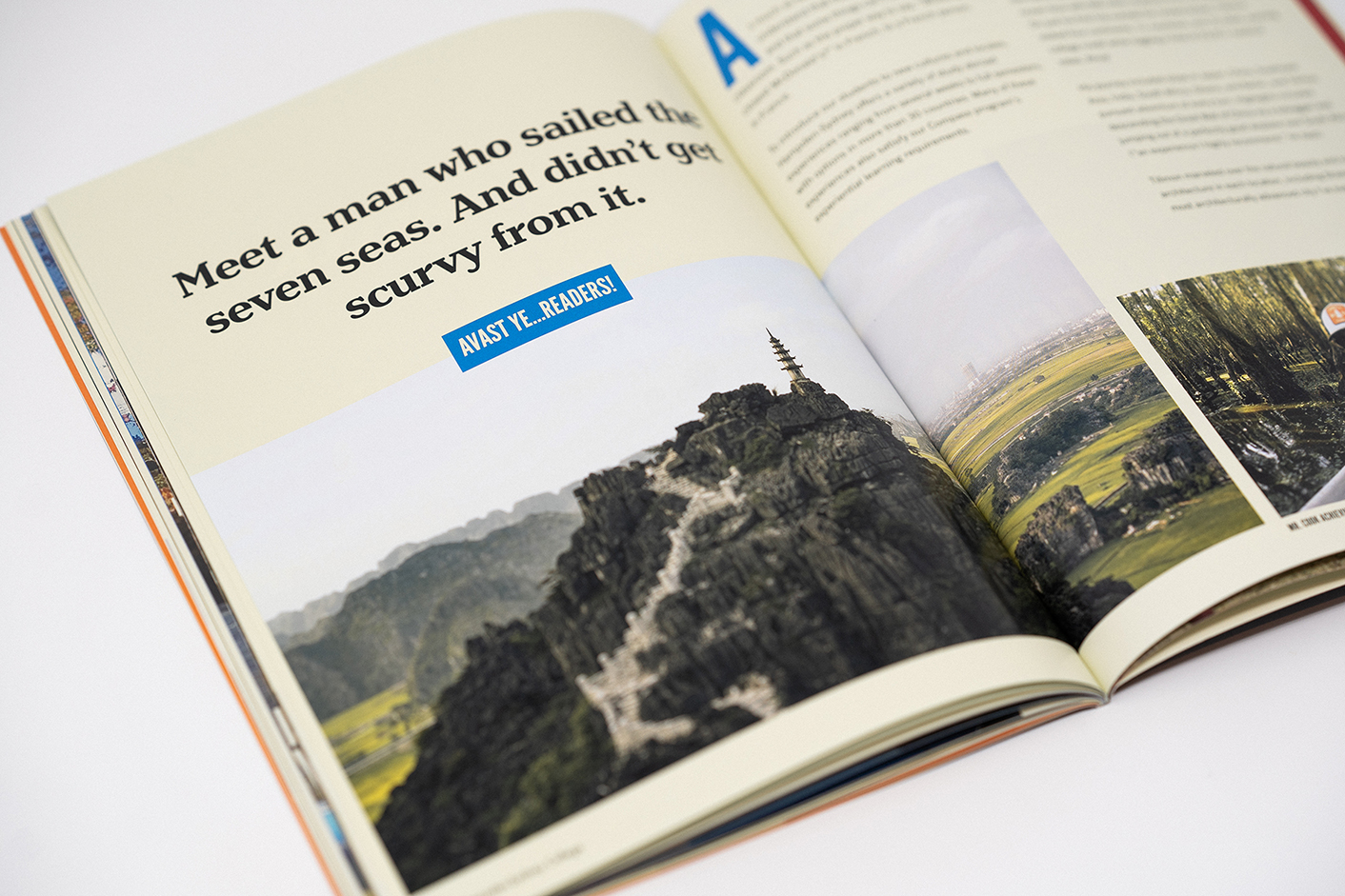 The Swagalog is not a viewbook.

"A viewbook is such a traditional part of the college recruitment process that it’s often seen as a throwaway piece -- one that colleges feel they have to do, but that may not have much of an impact given that so many viewbooks tend to look the same," said Jeff Norris, vice president for enrollment at Hampden-Sydney College. "We were not satisfied with that. And the distinctiveness of The Swagalog is what we’re most excited about. In a way, it’s a college viewbook that could never be mistaken for a college viewbook."

What it is is a small magazine about the college and its alumni, but with humor that goes with its goal of attracting male students to one of the few remaining all-male colleges in the country.

"Make no mistake. Hampden-Sydney College was created for men. For men," reads an introduction to the magazine. "And to be a man in today's society, you need confidence, clothes that fit, a respectable handshake, a discerning taste in memes and most importantly … SWAGGER. So bear witness to a steely, yet thoughtful collection of what it means to be a man. A strong, yet sensitive, active, yet artistic, rugged, yet intellectual man. Man. Behold, The Swagalog." The cover features a man riding a shark while shaving. The tagline: "In this issue, fishing, hiking, biking. But not all at the same time."

And there really are stories that cover those activities. And hunting. A spread features a deer with the tagline "Sucks to be me."

The articles do relate to the college, and the people doing the fishing, hiking, biking and hunting are alumni or students.

Those are mixed with articles about selecting a major, graduate school agreements and quick asides about the college. "Some of our alums become spies. But you'd never know. We've graduated all sorts of folks who have gone on to work at 3-letter agencies," reads the text.

Serious things about Hampden-Sydney are included as well, such as the rigorous liberal arts education and the honor code. But they are shorter than the profiles of alumni.

Besides focusing on men being men, the magazine does feature one graphic explanation that "We're an all-male college that isn't all-male all-the-time." It includes explanations that professors are not all male and that the town where Hampden-Sydney is located (Farmville, Va.) is also home to Longwood University, which is 68 percent female. The last item on this list: "Our bathrooms aren't all male: So just be cool, okay?" (That's about it for discussions of gender equity in the magazine.)

Those interested in seeing more from the magazine can check out The Swagablog, featuring such taglines as "our masculinity is nontoxic but that doesn't mean we're weak" and "This is a site for men. Man."

The magazine and the website were designed by Familiar Creatures, a Richmond, Va., ad agency. (The agency does most of its work for companies, but has other colleges, such as Mercy College, as clients. It produced this video for the college during the pandemic.)

Read the full article on Inside Higher Ed.

The Pitch: Advertising and marketing news for 10.13.20