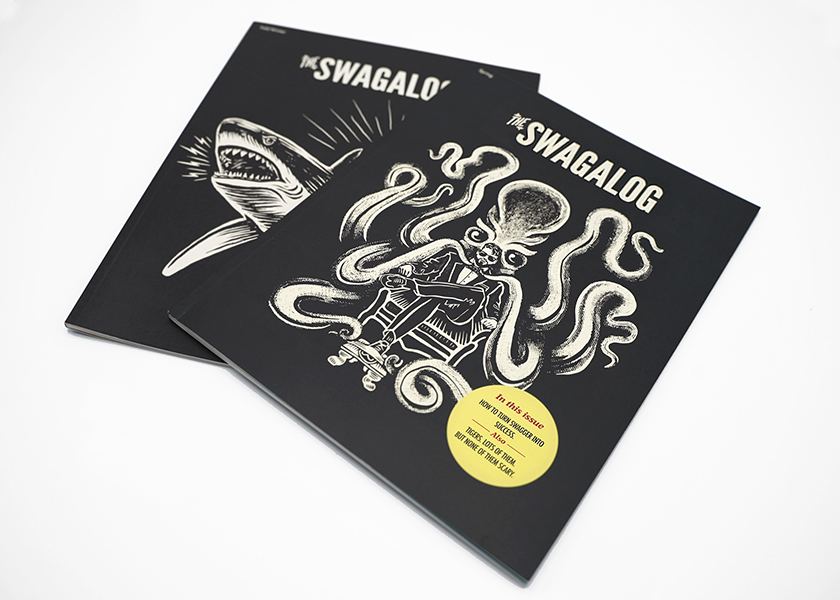 Hampden-Sydney College has used an atypical year as an opportunity to take an untraditional marketing approach, contracting Richmond VA-based ad agency Familiar Creatures to bring to life a reimagined viewbook titled The Swagalog. The Swagalog Vol. 1 hit mailboxes last fall, and Vol. 2 drops later this week. A men’s college located in Virginia, Hampden-Sydney faced many unique obstacles due to COVID-19, and the ability to convey the college in a modern and relatable way became more critical than ever. With Familiar Creatures’ help, H-SC pulled this off and saw a 54% rise in applications following the release of Vol. 1. “After the success of the Swagalog’s first edition, we knew we couldn’t take our foot off the gas,” said H-SC Vice President for Enrollment Jeff Norris. 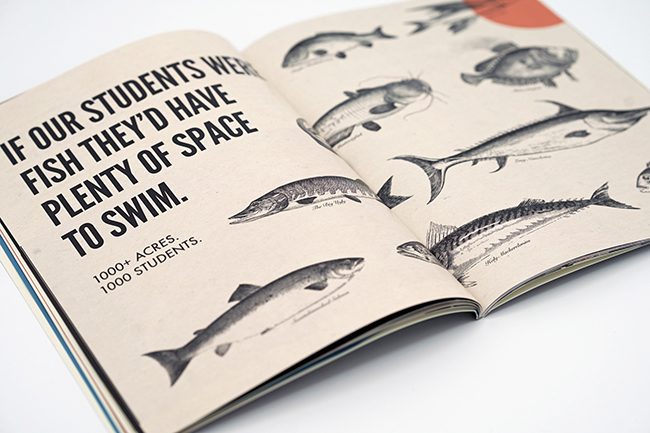 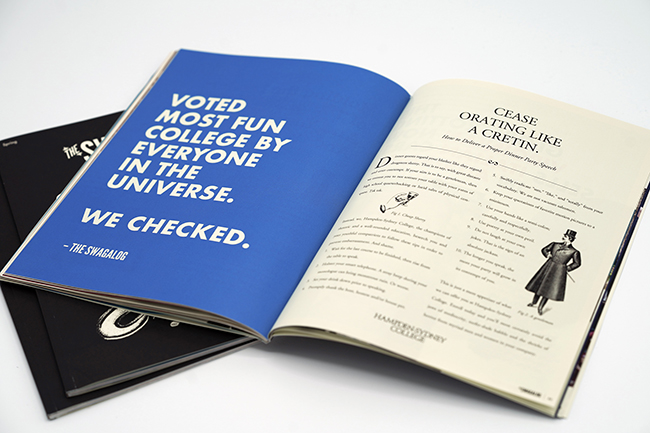 The Swagalog, a take on the publication format known as a magalog, marries a modern style to 1950’s design elements. Designed to grab the reader’s attention, the cover, created by international award-winning artist Conrad Garner features an octopus tying a man’s bow tie, sans college insignia. Each edition focuses on different aspects of the college’s unique culture, history, and academic offerings. But instead of addressing this earnestly, teenage humor is used. 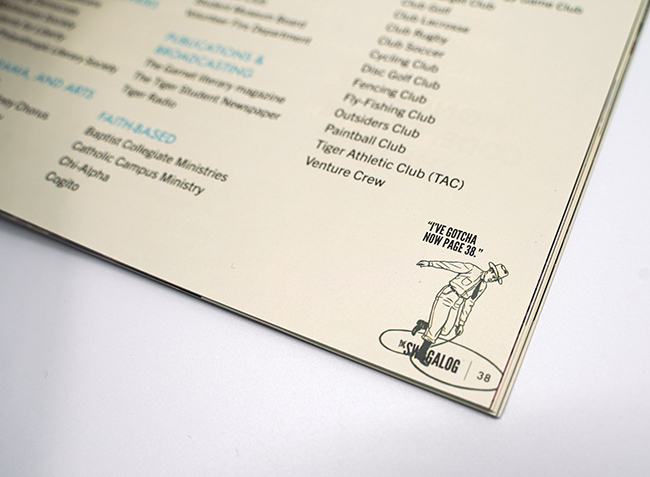 For instance, rather than saying the College has lots of space to explore through nice campus pictures, an illustrated 50s cosmonaut tells the reader this, with the cosmos as his backdrop. A caveman wonders why there’s no fire-learning major. And there’s a poster for a fake music festival called Lolla-bro-looza. The college plans to produce three editions each year. Between issues, students can visit the digital version, known as The Swagablog, which is updated weekly with fresh content, including videos with many of the notable alumni featured in this volume.