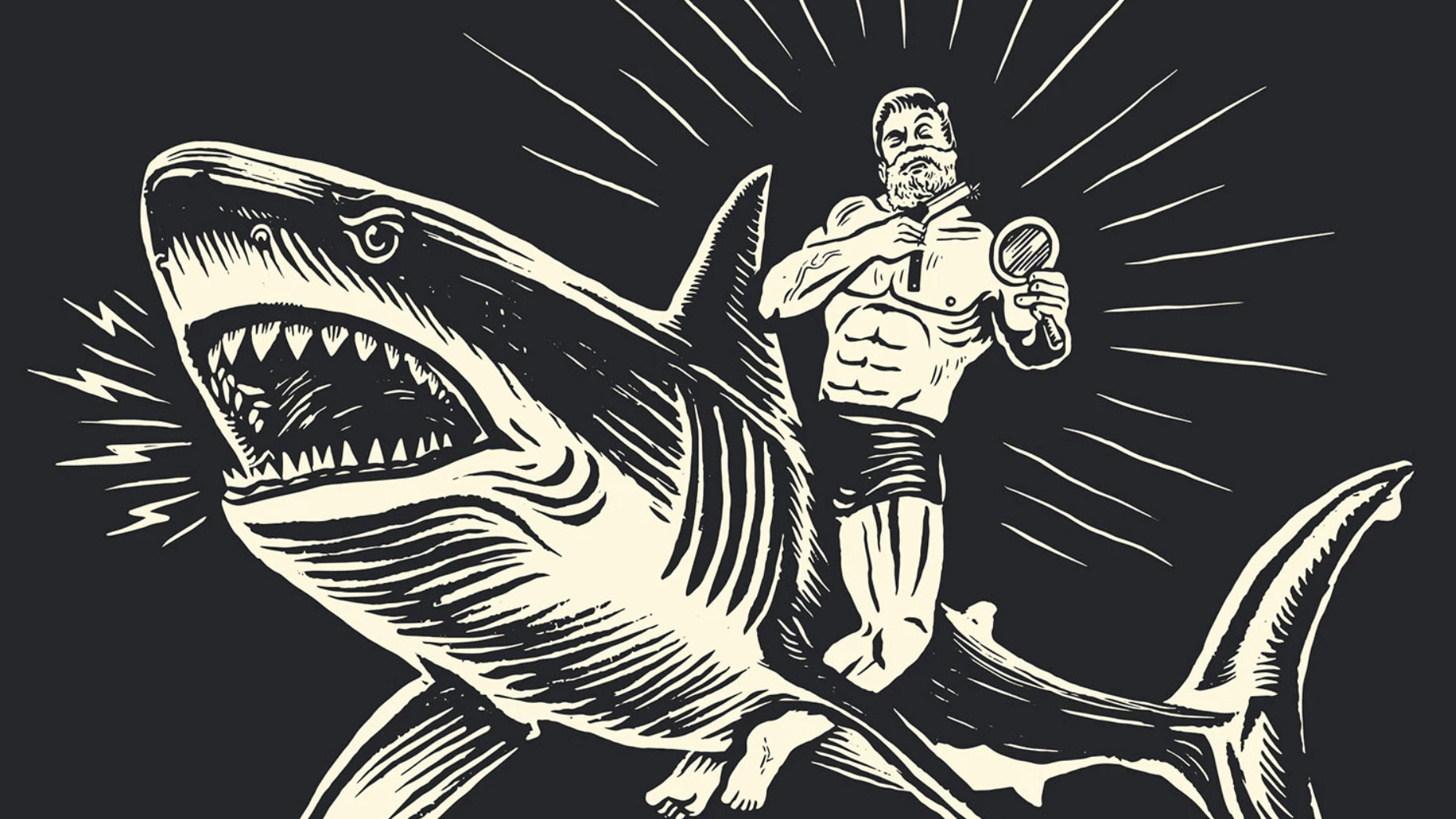 The problem with college admissions lookbooks: They all tend to, well, look the same.

So Hampden-Sydney College hired Familiar Creatures to give its book a fresh focus.

The design challenge Familiar Creatures faced is that, as H-SC’s VP of enrollment pointed out, the traditional format doesn’t resonate with many of its potential students. The boys’ school, which has been around for two-and-a-half centuries, counts Stephen Colbert among its alumni, so it’s perhaps apropos that the subsequent publication Swagalog (and associated web counterpart Swagablog) leaned into humor in an attempt to engage potential students.

As Familiar Creatures details, “The Swagalog, a take on the publication format known as a magalog, marries a modern style to 1950s-era design elements. The cover, designed by international award-winning artist Conrad Garner, features a man shaving while riding a shark, sans college insignia, or H-SC branding. The goal is to keep male teens engaged and intrigued from cover to cover, as well as drive them to its digital version, updated weekly with fresh content.” 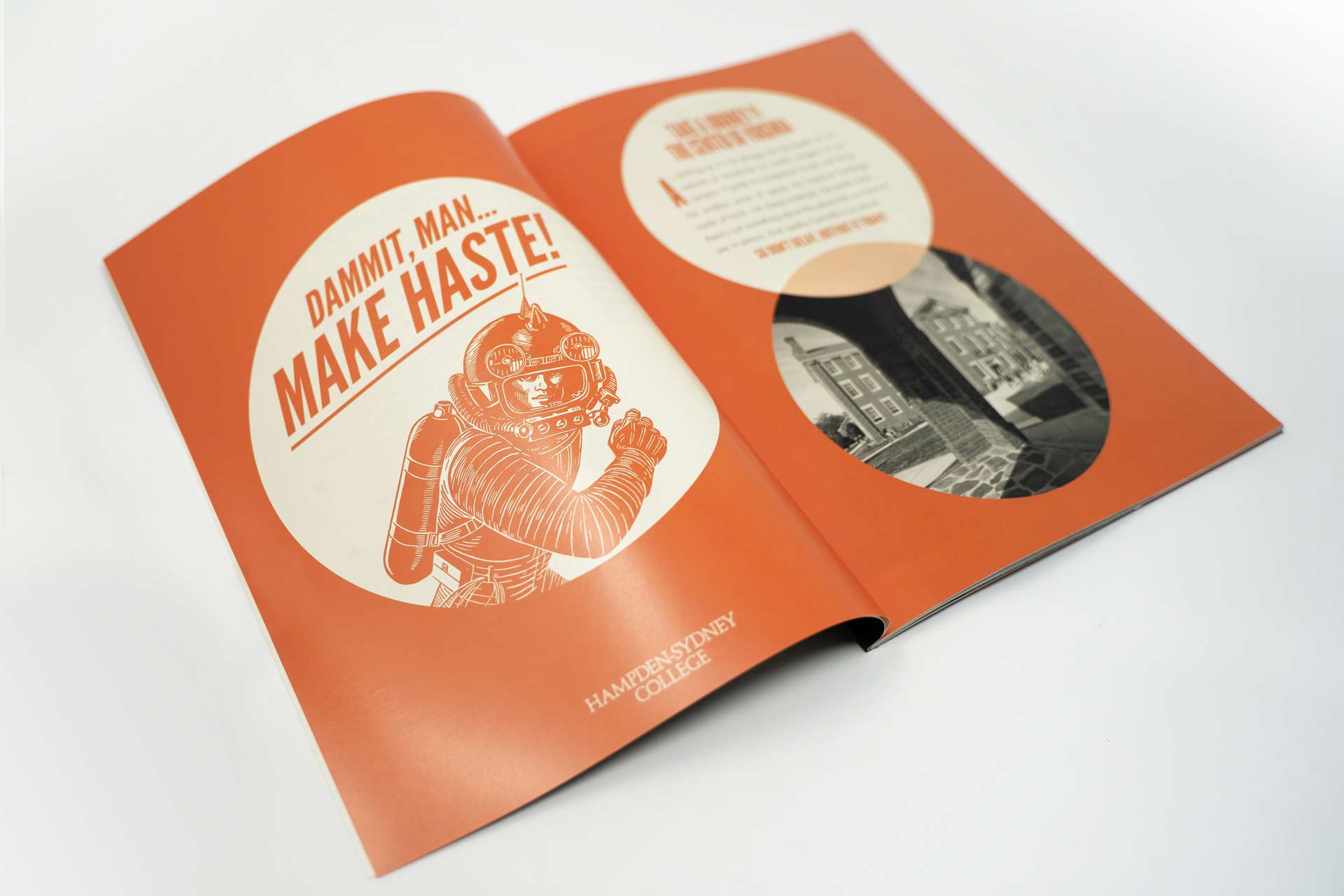 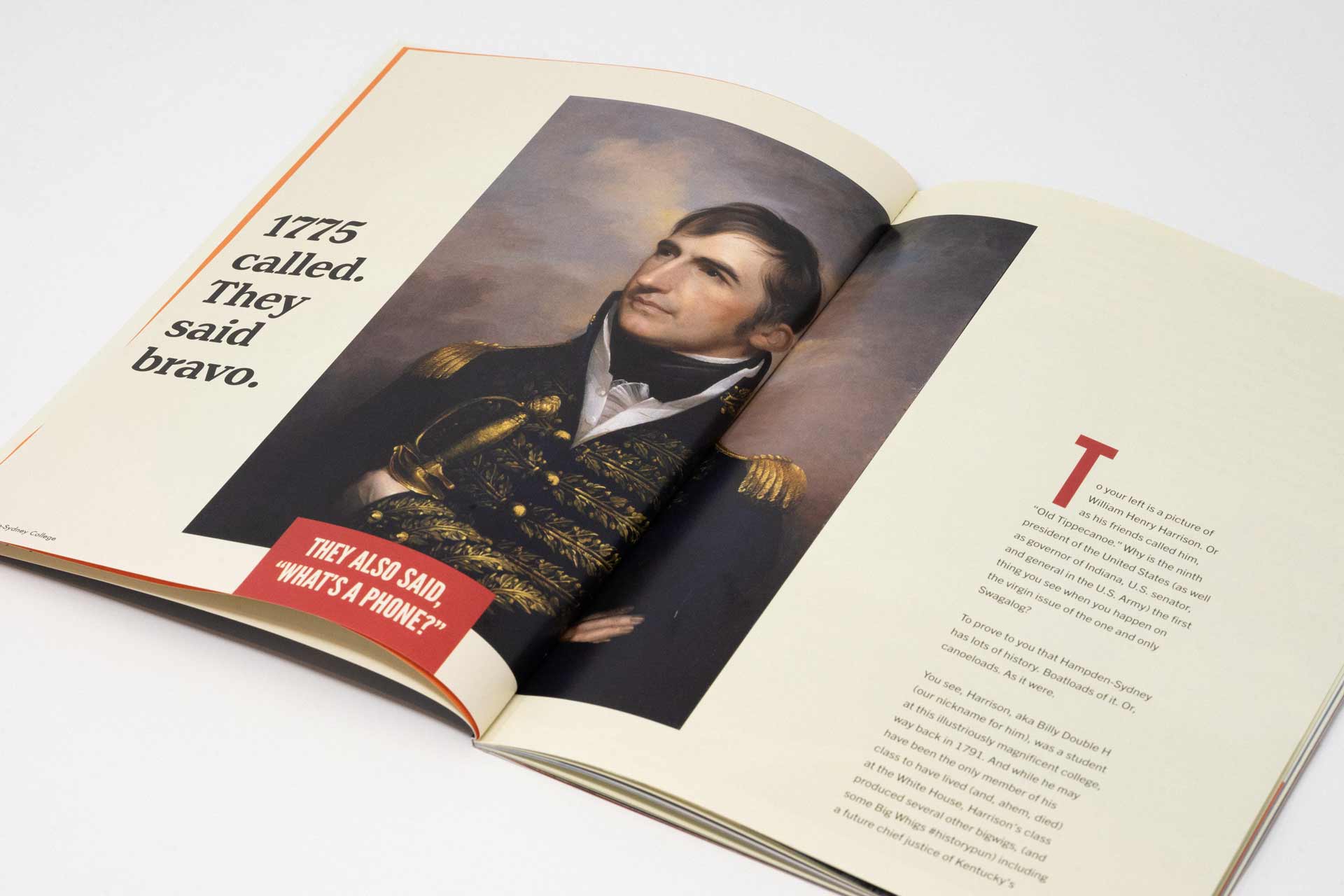 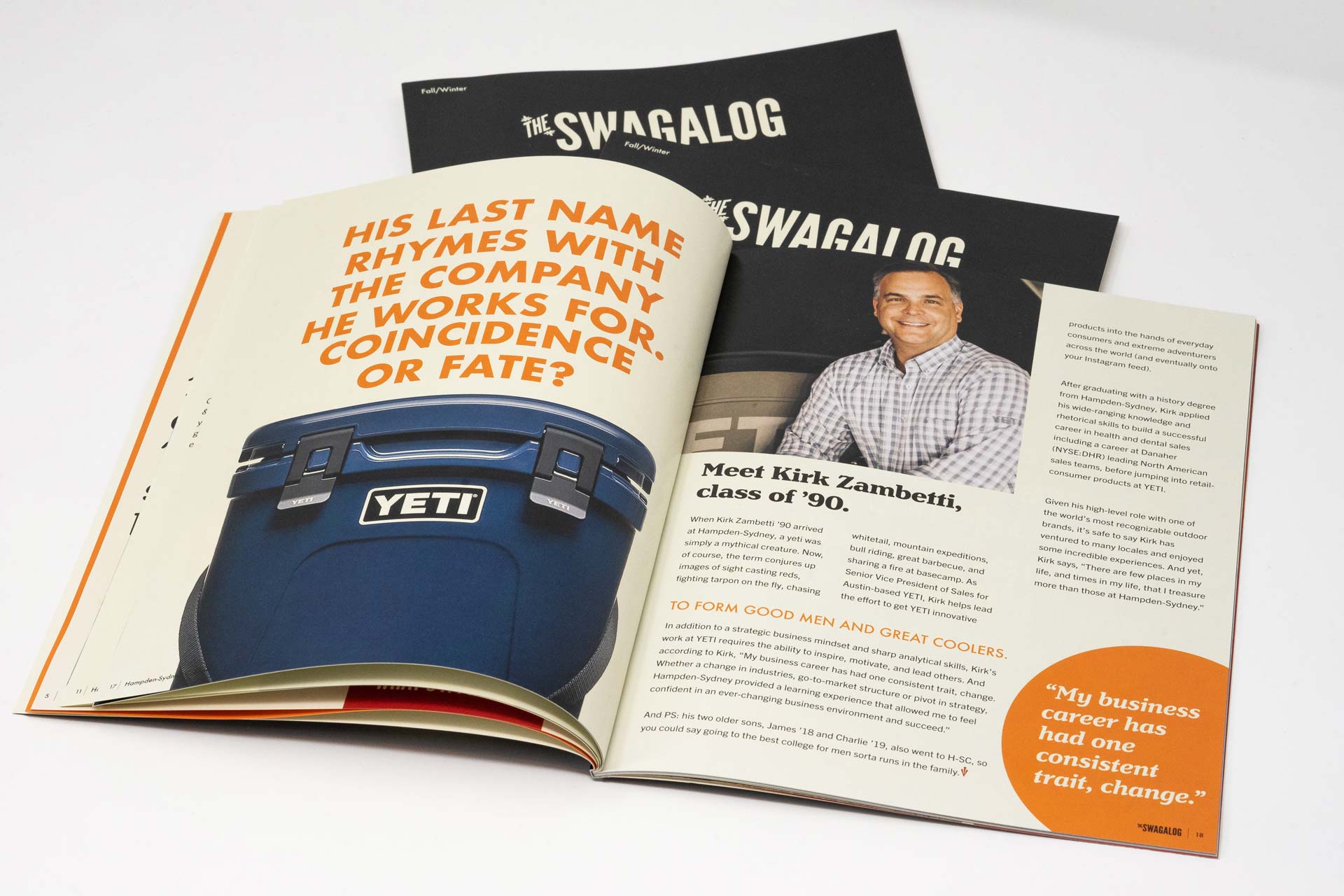 Read the full article on PRINT.