America’s Game is coming to Amazon Prime. What that Means for Humanity. And Brands. 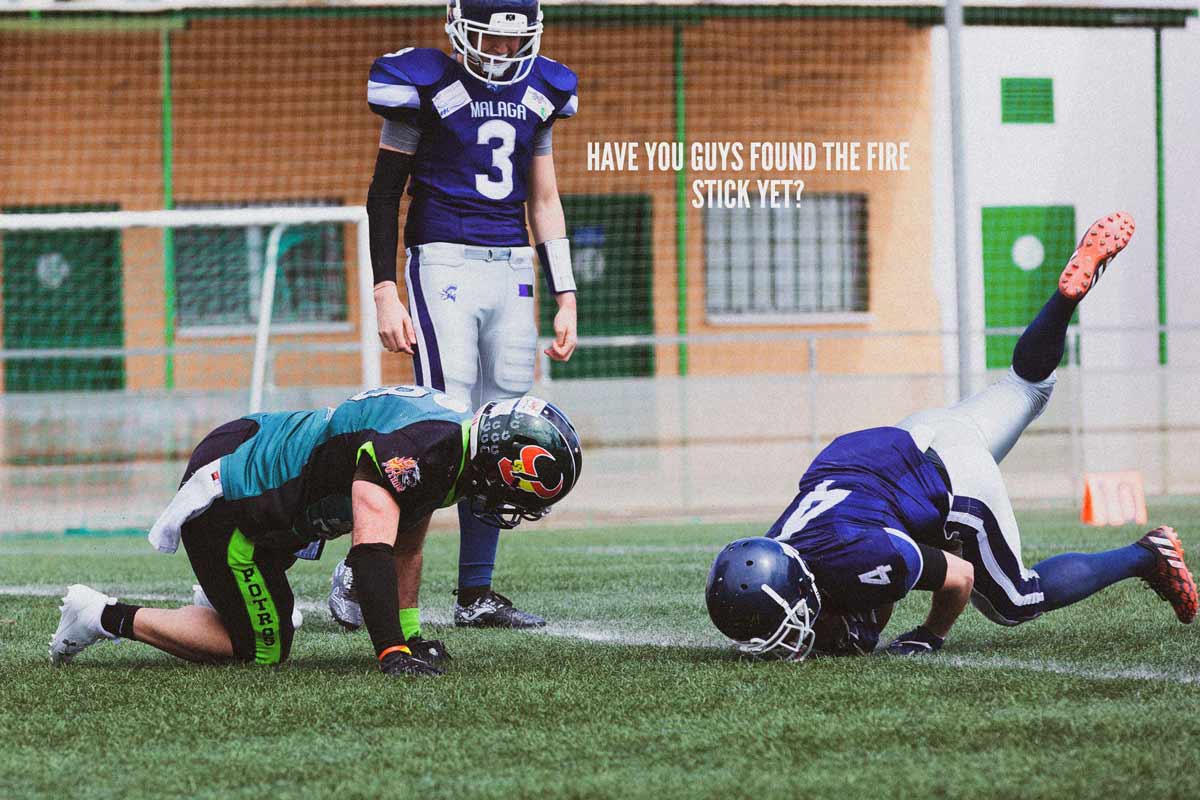 In America, nothing gets more eyeballs than an NFL game. One regular season game averages 14.9 million viewers per game, or just under 30 million eyeballs if we’re being technical.

That’s because football is the #1 thing on TV—of the 100 most watched programs of 2020, 69 of them were NFL games. A primetime regular season NFL matchup can pull better ratings than the Oscars, the Golden Globes, and the presidential election. And starting in 2023, America’s Game will be streaming Thursday Night Football exclusively on Amazon Prime.

THIS THURSDAY AIN'T BIG ENOUGH FOR THE TWO OF US 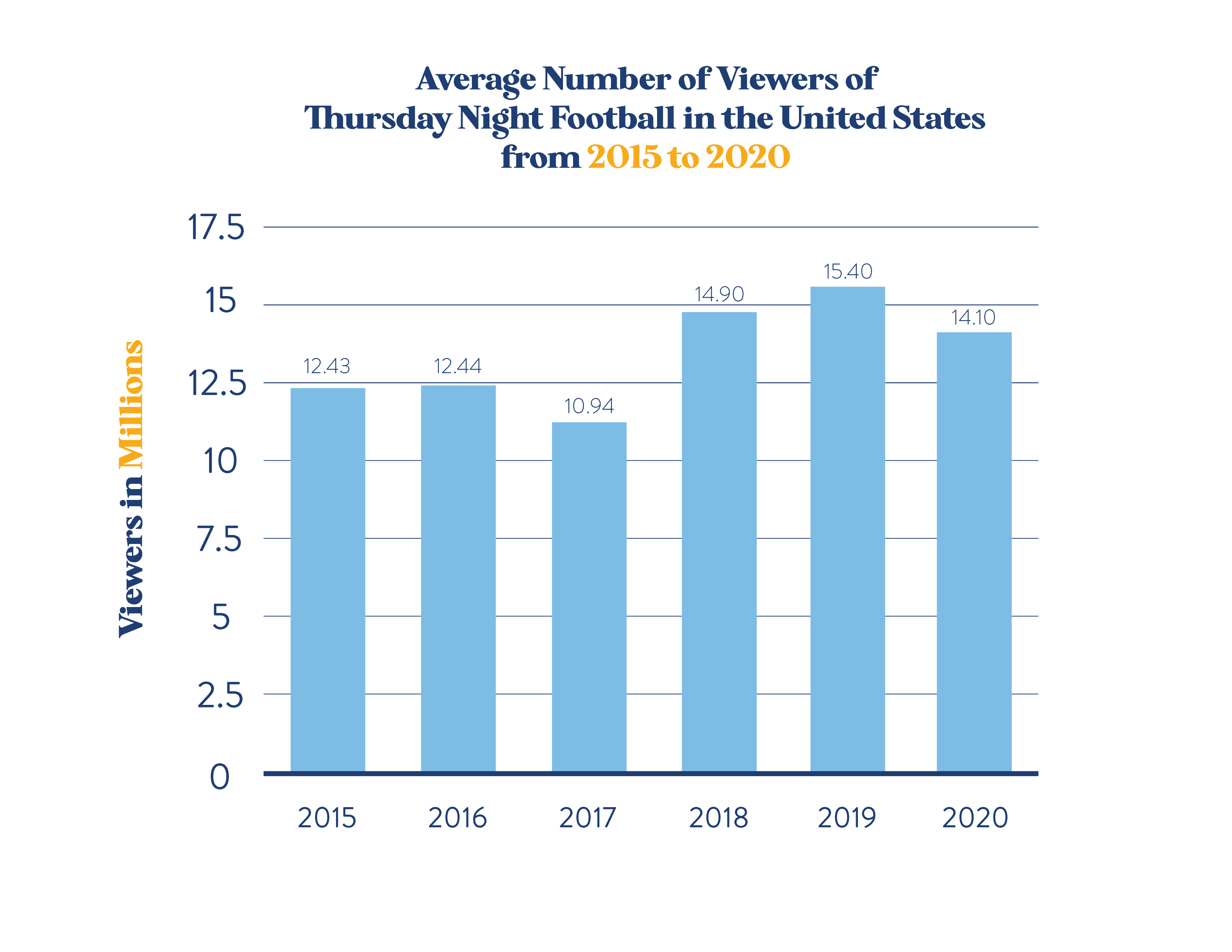 As TNF changes from broadcast to streaming, the media buy changes with it. OTT advertising costs a fraction compared to buying airtime during a national broadcast on traditional TV. The cost per impression for OTT advertising ranges between $25 to $40 per impression, whereas TV advertising is between $40 and $200, depending on the broadcast. This could open the door for smaller brands who have long been priced out of Thursday nights to now afford to hang with the McDonalds and the Budwhatevers of the world.

Leaving broadcast also means leaving behind the broadcast time-slot. Thursday night games no longer have to be locked into a three hours with one full hour dedicated to the TV time-outs model. Less traditional commercial time could lead to shorter games and more advertised in-game interactions, like sponsorships or signage.

There is the thought (or fear, if you’re a football purist) that a streaming, commercial-less NFL goes a route similar to our friends across the pond, where brands pay $60 million a year to have their logo stamped on a jersey. Or, more likely, a smaller logo-jersey-patch-thing similar to the NBA.

Less commercials doesn’t mean less opportunities for brands. It could be a boon for ecommerce, especially with the granddaddy of all ecommerce platforms airing the games themselves. This coupled with improved audience targeting on a digital platform could be a potent duo for marketers.

In the near future, you could be watching Buffalo v.s Dallas on TNF and see an UberEats ad in the first half that lets you order Buffalo wings from Dallas Wing Central with a single click. Then in the second half you could see a Tide ad that lets you order stain remover for your now sauce-covered jeans with just another click. And so on and so forth. 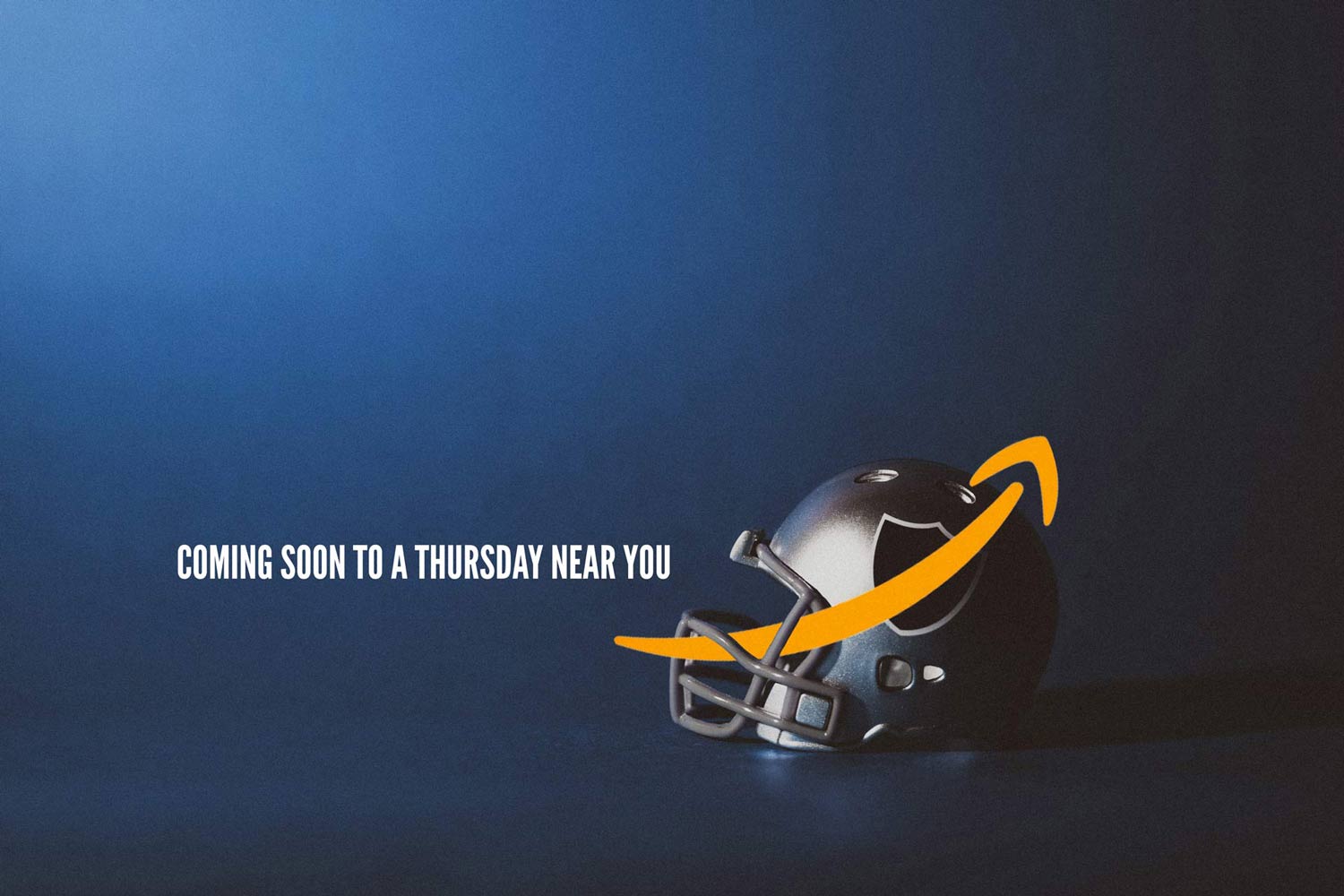 LET'S GET INTERACTIVE. AND BY "LET'S" I MEAN "ADVERTISING PEOPLE."

The streaming football space could also lend itself to creative opportunities and customer interactivity yet to be fully explored.

Just as Hulu launched Binge Ads as one of their OTT capabilities, where marketers can buy the space between episodes, could a brand do the same with each quarter? Or with each touchdown? What about programmatic banner ads that are responsive to in-game events? Could you put a camera in a player's helmet and watch from their POV in a VR experience? Could you pause mid game to reveal that underneath Tom Brady’s helmet the GEICO Gecko is actually pulling the strings a-la-Ratatouille?

We got carried away there at the end. Point is this: the possibilities are endless. And maybe a little scary.

OVER TIME, THE EYEBALLS WILL GROW, METAPHORICALLY.

It can be expected that ratings for games on Amazon will lag behind broadcast at first. Streaming may take a while to win over the older half of football’s faithful and Thursday Night Football isn’t exactly known for hosting marquee matchups. But as sports fans continue to cut the cord and shorter games keep the East Coast crowd watching past halftime, you can expect the Amazon Prime slot to pull in more ratings (and eyeballs) each year as the NFL gets into the back half of the deal.

The tagline Amazon has been trotting out to promote this new partnership is: “The Future of Football is Here.” Well, so is the future of football advertising. Ready or not.